In 2020 we celebrated Esther by creating sun catchers from her collection of jewelry to share with her family. This year we celebrate her sister Ursula in the same way. When her jewel box came with the shipment of her possessions from Spain there wasn’t as much to play with as there was for Esther. These are the piece we were able to make.

To link pieces together and share her love of tiny flowers I took apart a charm bracelet that contained dried flowers set in resin. Most pieces have a heart, or a butterfly and several have something from Mexico. There is a silver barrette from when she was a child and a circular pin she wore a lot. The pearl ovals were her father’s cufflinks and I think the green earrings were from her mother. We included a silver picture frame that still opens showing her parents on one side and Rafael on the other and we found a tiny lock we think was hers with the little keys that go with it. The piece with the lock also has watches from both Rafael and Ursula.

For me, putting them in the corner of a window or on a Christmas tree gives a little spark of memory and a smile when I see them hanging or hold them in my hand.

Sun Catcher #4. Ursula and Rafael. Watches from both of them and the gold circle from the jewel box with the tiny lock and keys we found. (9” x 3.75″) 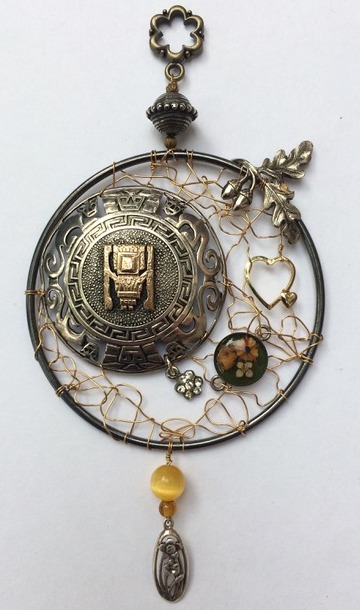 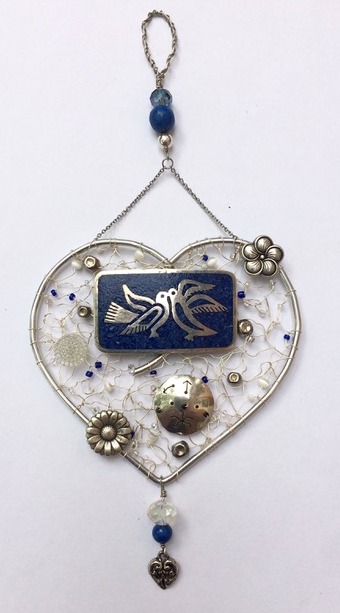 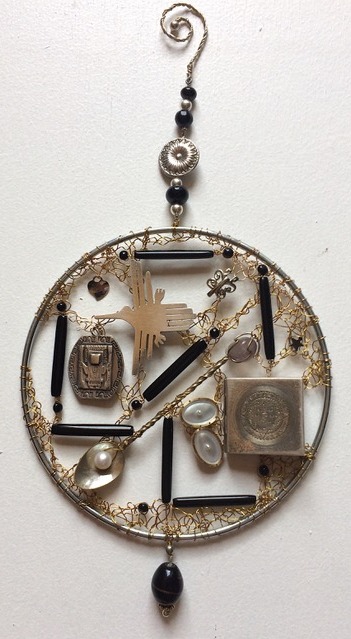